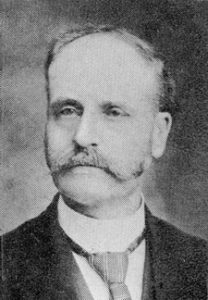 The dean of the local medical faculty and Hon. President of the local Queen’s Alumni Society, who is Dr. James Mann, has been off duty since the 1st of December last. This is his first real rest since coming to Renfrew in 1869 – five and fifty years ago. And he would not now be taking a rest unless compelled to do so by illness. On the go always in town and country – in spring, summer, autumn, winter – he never felt free to take a real vacation, and if he stopped, at all, it was to go with Mrs. Mann upon a trip lasting only a few days. So devoted was he to his profession he never felt free to serve as a municipal councilor or as a school trustee. He never took part in athletics save as a cricketer in his younger days. Even curling a game of his forefathers, attracted him not. Though a member of different fraternal societies their meetings seldom found him present. He thought almost wholly of suffering humanity. To the country roundabout he first went on horseback, when roads were not so good as they are today; he drove in different types of buggies and cutters, and finally made his trips by automobile. He liked horseback riding as a young man, as would be expected of one who qualified for a lieutenant’s commission in the Canada Militia and who went to the front with the Pakenham volunteers at the time Canada was assailed by Fenians, who sought to strike Britain through Canada.

Dr. James Mann was born in Pakenham, a son of Rev. Dr. Alexander Mann and his wife Mary Beatty, who came to Canada from Aberdeen Scotland. To that Scottish couple were born four sons and three daughters. All of the daughters are living but of the sons only the doctor remains. Rev. Dr. Alexander Mann was for many years at Pakenham, and of a while at the same time had McNab and Horton townships under his pastoral care. Some of Dr. James Mann’s first patients well remembered their physicians father.

Dr. Mann came to Renfrew after graduation at Queen’s. Dr. Freer had died shortly before his coming. Another physician here was Dr. Lynn, Rev. George Thompson the Presbyterian pastor, Rev. Father Rougier the parish priest, Methodist pastors change so frequently Dr. Mann cannot recall who was minister of that faith here in 1869. St Paul’s was an outpost of the Portage du Fort Anglican church. The population was then numbered by the hundred rather than by the thousand. Renfrew was reached by stage coach from Sand Point. In his student days Dr. Mann was in the office of Dr. Sweetland at Pakenham until that physician removed to Ottawa; later he was in the office of Dr. Kirkland. A busy, bustling community was Pakenham at that time.

To Renfrew people just now it seems hardly right not to see Dr. Mann moving about with his brisk step when on foot and with his steady pace when in cutter, buggy or car. He was really one of the institutions of the place. His practice was extensive and to every call he was ready to respond. And he kept right at it at all times more to serve his fellow-man than to make money. Money was with him an entirely secondary consideration.

Like his father before him, he is a Presbyterian. And he is an elder of the kirk. His political sympathies are on the Conservative side, but he was never active as a politician.

Though constantly attending to cases of sickness and accident, he enjoyed immunity himself therefrom except on two occasions, one being when typhoid fever seized him as a student. About 40 years ago he was laid aside for a while by pneumonia.

About 35 years have passed since Dr. Mann built on broad lines a combination residence and office on Argyle street, in the centre of the town, leaving out nothing that made for convenience and good appearance.

He has had no hobbies, feeling himself too busy for that although admitting that hobbies make for healthful relaxation. As for a bigger and better Renfrew, he thinks this can come through more industrial activity. We have, he says good water power and a good surrounding country peopled by progressive farmers, and he feels that if men with the means to do so could be induced to add to present factories or build new ones Renfrew would move cityward.