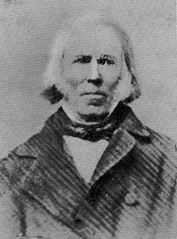 A pioneer indeed was laid to rest this week, when old friends of the man and many newer friends of the family escorted to the church of St Francis Xavier, and thence to the Roman Catholic Cemetery, the remains of James O’Connor, who for long years had lived in and alongside the village and town of Renfrew. His father, who was also James O’Connor, settled at the head of Main street close to the Mill creek in the early “forties” there operating a blacksmith shop, with his dwelling nearby. (The property was occupied of recent years by Mr. G.A. Ellis, and lately by the Renfrew Dairy Co.). A few years later the father purchased the farm just west of the village, in Admaston township, and there James the younger lived most of his days until a few months ago, when he sold the farm to Mr. James Fennessy; and removing to town purchased a residence on Opeongo street. From early in life he suffered from rheumatism and for a year or two lived down south – in California and Arkansas; but failing to get relief returned to what was home to him. A successful farmer, getting about him a comfortable home, he took his share in public service. He was for some years a member of the township council; took an active part in the Farmer’s Club and the Farmer’s Institute which grew from that club, and was also a director of the South Renfrew Agricultural Society. He was as well a director of the Renfrew Flour Mills and his wheat was the first to be ground in the mill of that company when it was erected some years ago. He read much, liked a friendly argument, had a quiet vein of humor in liberal measure; and was a much-liked neighbour and good friend, broadminded. He was a native of County Antrim, Belfast, Ireland, and came to Canada with his parents when only a few years old.

His span of life in Renfrew and vicinity had been practically seventy-five years and not many there be now left to us who have seen more of its growth than he. Two sisters died in childhood, two brothers died within the past two years–William in July of 1916, and Dennis in July of 1917. One sister survives – Mrs. John McCrea, who resided with him; and three brothers also, John M., Daniel and Archibald of North Dakota. The funeral took place on Wednesday morning, to St Francis Xavier Church, where grand high mass was sung by Rev. Father Jones, with Rev. Father Sullivan as deacon and Rev. Father Dooner as sub-deacon. Interment was made in the R.C. cemetery, the pall bearers being Messrs. M. Devine, M. Stafford, Wm. Reddy, Edward McCrea, John Lyons, John O’Sullivan.