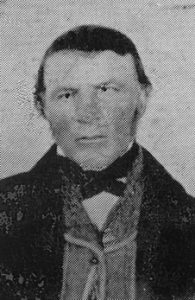 Mr. Sampson Coumbs, an old resident of this village, died suddenly on Sunday afternoon the 9th instant at the residence of his son-in-law, Mr. Robert Drysdale. Mr. Coumbs settled here about the year 1840, and was elected one of the members of the Municipal Council when the village was first erected into a separate municipality. He was nominated at the succeeding election, but was not re-elected, and never held office as a Councillor afterwards. He purchased the first saw-mill in the village, which he for some years afterwards sold to Mr. John Smith, who has run it ever since. Besides attending to his saw-mill and tavern, he was busily engaged in clearing his farm, on which he resided for many years, and which he recently sold to Mr. Wm. Airth. Mr. Coumbs was twice married, but had been a widower for some time before his death. He leaves several sons, and daughters. His funeral took place yesterday, his remains being interred in the Martin cemetery in the township of Horton.